The secrets of the citadel (1)

I love Gozo’s citadel: its vast solidity as a hilltop fortress reflects it impressive history of swords and scimitars, and yet, glowing soft yellow amber, with green-carpet views rolling away to the deep blue sea in every direction, it has a beauty and romance that might have been lifted directly from Scheherazade’s Arabian nights: it’s […]

Say ‘farmhouse’ across Europe, and in the mind’s eye you conjure a picture of a detached foursquare building resting alongside a scattering of barns in the middle of green fields. It would be likely to have windows scattered over two floors, perhaps painted white with colourful shutters flung open in a welcoming green Alpine valley, […]

Away in a Manger 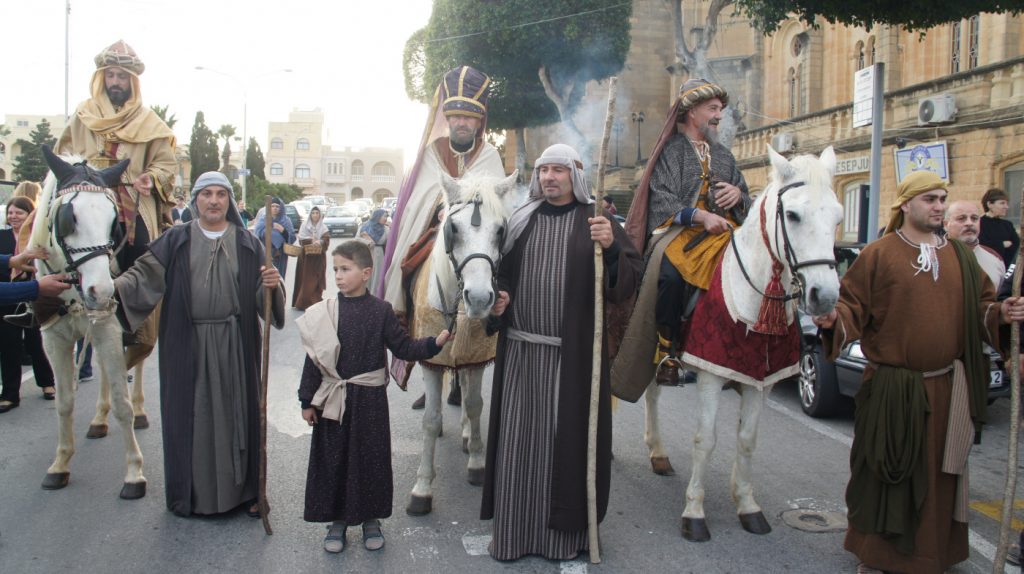 Taking the ferry to Gozo from the modern metropolis of Malta is like stepping back in time. Instead of tall tower blocks and bustle, the buildings nestle close to the land, an unassuming stripe along the skyline where traces of the old traditions of the archipelago can still be found. During December, in the village […]

Prickly pears and pomegranates en route to The Redeemer

On a cloudy day the other week, The Significant Other and I climbed Tal Merzuq Hill on the top of which stands a giant statue of Tas Salvatur (Christ the Redeemer; as replicated by The Significant Other in the picture above) with his arms out-stretched. He is the third such statue at this site replacing […]